A Great Idea, and More!

Helen Chilton has been having fun with our CI tags again, and came up with a great idea of making them into folding cards with 'a little snip here, and a little snip there' - now why didn't I think of that!
So the decorated tag below..... 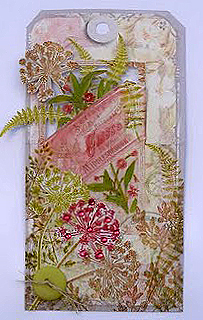 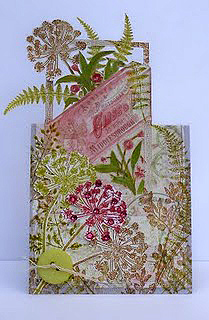 So cool!  Pop over to Helen's blog to see some more!  Helen will be at the Craft Barn Extravaganza Weekend on 4th and 5th June demoing with the tags, so do pay her a visit and say hello!

A lovely lady - Margaret - sent over some images of a box she made for her son, using our stamps and some of the chipboard shapes we sell, and this is the story behind the making of the box........

'Before my son went back to Afghanistan in January (for the last time, we hope) he asked if I would be able to make him some sort of storage box to keep all his letters and cards etc in that we had sent to him on his three postings to Afghanistan.  He suggested an old shoe box but knowing that most of the cards that I had sent to him were too big for that I went in search of a suitable box.  I found one at Cuddly Buddly which was 26cm square so it was plenty big enough to take landscape A5 cards.

To decorate it I painted both inside and out with magnolia emulsion and then set to work!!  I used Adirondak and Tim Holtz Distress inks to colour over the magnolia and mainly stamps that I have purchased from you, crackle, script, post mark and the pocket watch was a freebie from Craft Stamper.  When I was happy with the coverage I then coloured the chipboard shapes that I bought a while back, but hadn't used, having seen the projects that you did for the Craft Stamper magazine.  I used the Decorative Flourishes on the sides, and the Swirls and Fleur de Lys on the lid.  The corner "protectors" were the waste from the Fleur de Lys sheets.  I also used brads and eyelets to mimic fixings.  I was really pleased with the way that I changed the appearance of the chipboard, they really did look like aged, rusty metal.

When all that was done I used an ink duster to colour the inside of the box and lid concentrating the colour in the corners and the joins and finished off the project by making some dividers for Michael to separate his keepsakes.

I hope that you like the finished item.  Michael absolutely loved it and it is now on display in his new home.'

And here is the box: 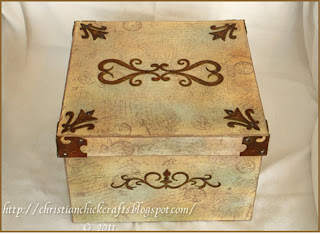 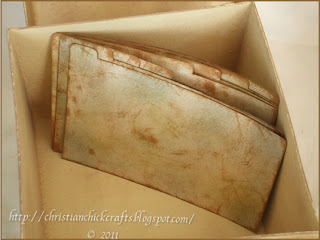 Now I must show you another card by Daniele Haddon, using the corset elements plate CI-306, as it is another one of her beautiful creations.  Thanks Daniele! 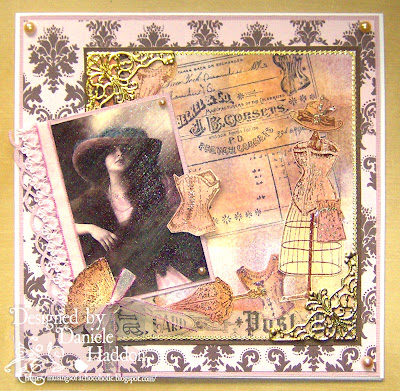 And to finish for today a card by our 'team' member Isabelle Norris, which is a beautiful creation in white, using stamp CI-247 - I don't think I would dare attempt something so delicate.  Thanks Isabelle for sharing. 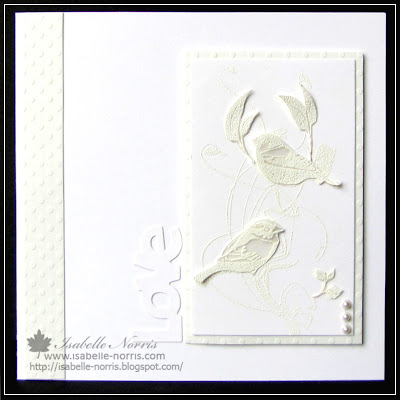 The CI 'team' have all been busy making inspirational projects for the next challenge for June, and very delicious they are too.  So watch this space to see the winners of the May challenge (coming very soon), and find out the topic for the June challenge - which will be released on 1st June.

Wow! These are all stunning!
Thanks so much for sharing them Jean.
Fliss x

All fab stuff as usual !!

All so different but all are equally stunning.
Wishes
Lynne 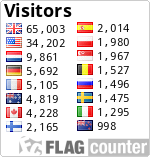